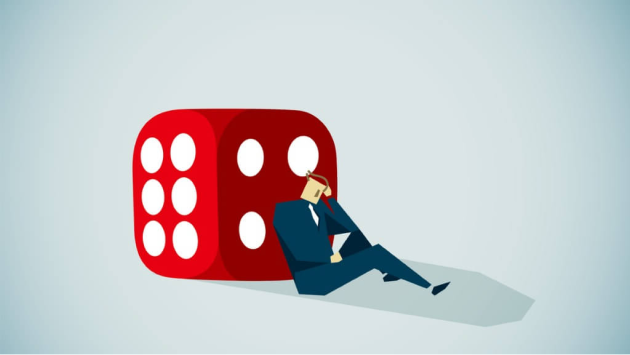 Gambling addiction is a so-called psychic addiction. It does not come from a dependence of the organism on a consumed substance, as in the case with drugs. It is nevertheless real and can be dangerous without appropriate gambling help. It can be an addiction to:

Gambling can be defined as any play activity involving money or property, the outcome of which depends partly or exclusively on chance. It is important to differentiate between games of chance and games of skill.

Some examples of games of chance and money games:

In these games, the risk of losing, in the long run, is always much greater than the chances of winning. And the companies that offer these games make a lot of money. The turnover of legal gambling operators in the UK amounts to £5.9bn. This money, wagered by players, is only returned in the form of winnings to an average of 80% (source). And this redistribution only concerns the small minority of players who win…

Nevertheless, the possibility of winning a large stake is likely to fuel irrational behaviour. For example, some people develop the belief that they can “beat the system”; others fall into a negative spiral that leads them to spend – and lose – large sums of money.

Gambling Addiction Recognized as a Disease

Long considered a vice, pathological gambling is now considered a disease. It is classified as an addiction because of its similarity to alcohol and other substance abuse. The consequences are the same as those of any other addiction: gambling becomes a constant preoccupation that invades family, social and professional relationships.

The consequences of pathological gambling can be numerous and affect all spheres of life with:

Achieving control over an excessive gambling habit or stopping gambling is a difficult decision to make. The benefits of changing your life can be a driving force. But this change requires you to be aware of the effort involved, and the give-up that it implies:

Grieving for lost money: compulsive gamblers often have the impression that gambling is the only way to solve their financial problems by erasing their debts. This is a mistake. In order to control your gambling, you have to give up the idea that gambling is a way to get rich. From then on, gambling is no longer a way to make money.

Limit the risks: avoid occasions, places and people that might make you want to gamble or train you to do so.

Change your habits: when you stop gambling, you create a gap in your schedule. Filling this gap increases the chances of success, by taking up activities that were neglected because of gambling, or by making new plans. This is a rule that works with all good resolutions.

Talking about it: seeking support from family and friends or professionals can help you in your efforts.

Getting Banned from Gambling

There are two ways to get banned or excluded from gambling venues and sites:

You ask to be banned from all casinos and gambling sites in Canada.

made to a particular site or establishment, this approach only prohibits you from accessing that establishment.

The voluntary ban on gambling is a radical administrative procedure that allows you to be banned from all casinos and gambling sites. Once banned, the person will be registered on a file transmitted to all these operators, who must check the identity of players on entry or when they register. The person is no longer allowed to enter a casino, club or gaming club.

Self-Exclusion from a Casino or Site

Less radical than the previous one, the request for self-exclusion only concerns the sites or establishments to which you address it directly. This request obliges the operator to close your account and/or to ban you from accessing its establishment, as desired:

This request must be made directly to each site or establishment concerned. Licensed online gaming sites are obliged to offer you this option. For casinos, you should contact the establishment you are visiting.